I went to trip to Dubai and Abu Dhabi in this October with my wife. My wife likes taking the pictures so we visited Sheikh Zayed Grand Mosque to take the pictures.

This is the picture my wife took at Sheikh Zayed Grand Mosque. 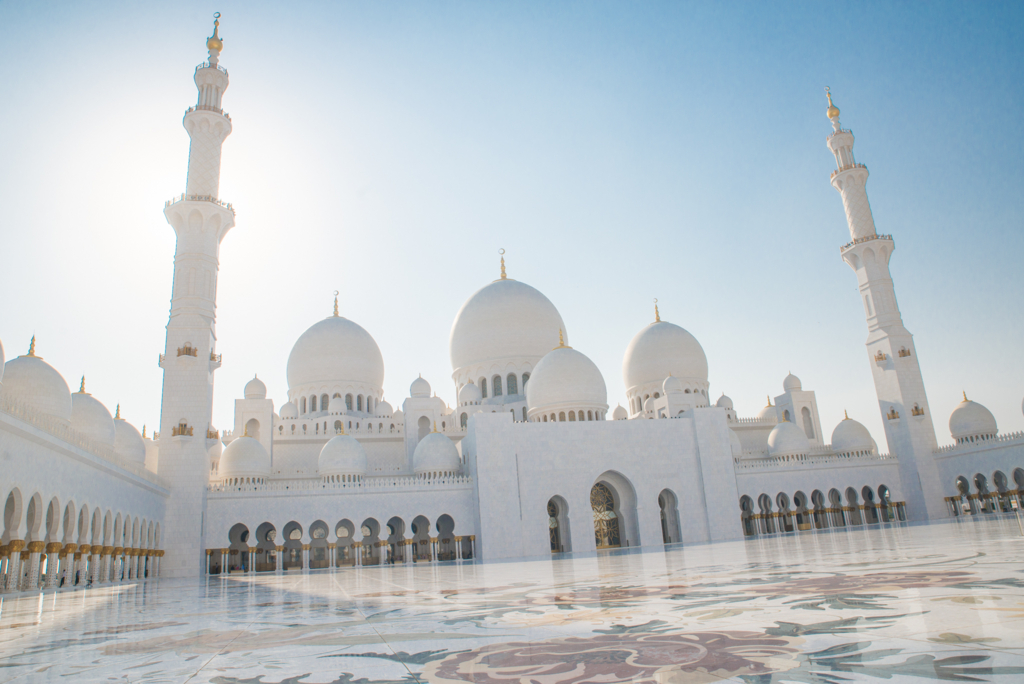 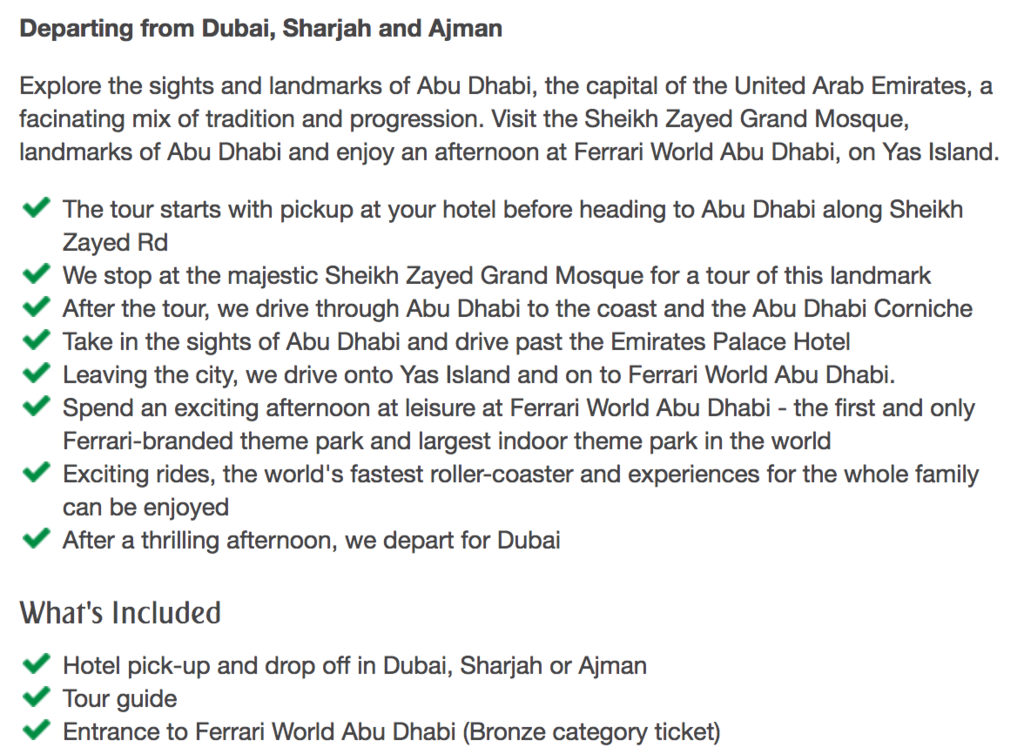 We took part in this Abu dhabi tour by Arabian Adventures. We aren't used to travel so I think that It is difficult for us to go there by bus. This tour includes hotel-pick up and drop. We could enjoy the trip to Abu Dhabi.

In the bus, tour guide explained about Dubai and Abu Dhabi in English. His explanation was almost all English though he could speak English, German, Japanese and so on. He was very very good guide. We expected this tour only to go to Abu dhabi. But actually he told us a lot of information about U.A.E.. I was very insterested in these stories. I enjoyed it.  We are not good at English so we worried about time to leave the bus. When the bus stopped to taking a rest he announced us time to leave the bus. Sometimes we couldn't understand what he said. But he announced same thing in Japanese and German. It was helpful for us. When he announced about time to leave the bus , he told us that time in any other languages. 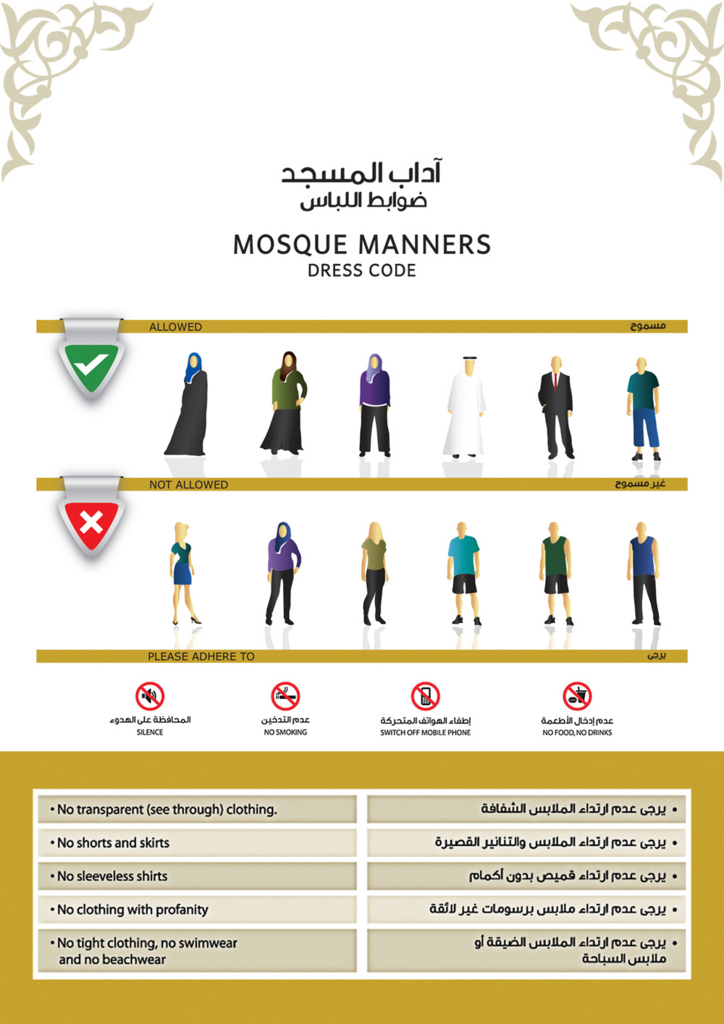 And before entering the mosque he told us the dress code in the mosque. In the mosque, you must not expose your skin. there is the rule to enter the mosque. If your clothes has some violation, you can buy the clothes at the shopping mall on the way to the mosque.

If you are going to visit Sheikh Zayed Grand Mosque,  I recommend this Arabian Adventures tour.